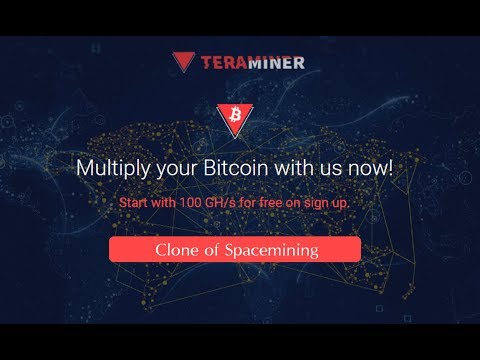 bit_by_bit publishes a daily mining-cost-per-coin watch.
Though his work is thorough and commendable, it is unfortunately incorrect, and his conclusions naive.
I'm sure he has misled people on this board, so I'm here to set the record straight.
Roughly using bit_by_bit's assumptions:
achieves these costs per coin:

Given those two huge, highly variable (and unpredictable) factors, trying to work out a cost-per-coin is ... more-or-less impossible.
It's simply enough to assume that mining is extremely unprofitable at the moment and (probably) a very poor investment.
Here are some examples of variability:


How are these numbers so different from bit_by_bits?

His calculations do not factor in an exponential difficulty increase. Instead, he says (in his maths) : "if the bitcoin network were composed of the miners here, and no extra miners are added/removed (i.e. difficulty remains the same) what would those miners (on average) achieve as a cost per coin over six months."


The problem with these numbers is

Also, to suggest that it is possible to predict market movements (and depth) is naive as it asserts that demand is constant, and that supply is the major, or key, factor. This is highly unlikely to be the case.


Let's talk about mining's effect on bitcoin price or, first should we talk about the effect of the price of bitcoin on the mining industry?

The two are intimately linked chicken-and-egg in a feedback loop.
For a manufacturer to decide to make a rig, they need to design chips, get industry contacts, produce things (in china), make sure they work, then ship. They also need to get orders and decide if they are able to get the whole project in time for market.
These projects are multi-month/year, and I've heard success is largely decided by who you know in china (china's pretty busy already).
There is some kind of lag. Investors also pre-order, and must take a wild guess at future conditions with no guarantee whatsoever.
At times like now, where mining is so unprofitable, which miners are actually selling coins (at a loss)?
Large operations have large overheads, but to sell now, when the price might rise by 10x again would be idiotic.
So, really this "supply" aspect of the supply-demand equation is very difficult to get a decent hold on, though I would love somebody to attempt it as a PHD. The blockchain should provide some answers.
The other side of it (what miners will be produced) is also difficult to know. It could be that right now (with an unprofitable industry, and miners actually being quite close to desktop PC chip-size - i.e. as fast as humans can make them) no miners are in the pipe-line. This could (in crazy theory) lead to a zero difficulty increase for the lucky new owners of the above rigs. In that case, bit_by_bit's numbers would be spot on.
Unfortunately, it's absolutely unknowable.

Quite simply, getting your head around an exponential anything is hard. The exponential difficulty increase is a motherfucker. But it's good for bitcoin (it protects our network from meddlers).
Also, you could gamble that mining difficulty has to slow down... surely...

In my experience, looking at price charts is far more informative about future market movements. But, whilst I've got the microphone, I would remind newbies not to trade their coins.

Using this mining profitability calculator and inputing the "profitability decline per year" from this tool.
I'll work through Cointerra TerraMiner IV as an example.
I got these numbers off bit_by_bit. I don't care about the details. My argument is that it's not an answerable question.
Result:
Please, if I've made a mistake, let me know and I'll send bit_by_bit some flowers.


"Why are you just posting stuff directly against another user: that's not cool"

Well, it's whatever motivates you eh?
I just go wound up by our discussions. But, I'm quite sure there are people on this board who don't know this stuff, so ... it's probably beneficial.
Have fun
 EDIT: Ok, so I genuinely thought that I had made a fact-based post. Er, I added a few comments that I thought were funny, but I guess that wasn't a great idea. I removed one of my comments myself, but it's true that the moderators were in touch.....
And - to bit_by_bit, I am sorry, because some of the things I said were above and beyond "spirited discussion".
I absolutely agree that polite conduct is the way forward, and my initial "hang on a minute" reply to him was nice.
But, I do have to admit that this subject has wound me up a fair amount. I genuinely believe that he's made a quite serious mistake - but I am happy to be proved wrong. Right now - I just want to get to the bottom of this.
 More Edit:

I didn't want to add this before, because I'm sure it (incorrectly) gives my argument more weight. But I need you to understand that bitcoin difficulty is a total motherfucker.
I pre-ordered a BFL single for 11BTC in May 2013. The difficulty was about 4 million, and I worked out I'd make 30BTC/day at those conditions.
It arrived at around 30 million difficulty, and I think now we're 18 billion.
I've made about 0.7 BTC mining, and It's on the limit of believability that I'll make 1BTC before I throw it in the bin. I have a suspicion that it will be useful in the future for some altcoin/blockchain like thing. Also, I got free heating (which was the whole reason I discovered bitcoin in the first place!)
Horrific loss. I think it makes about $1 more than it costs in electricity to run (at current price......)
This whole post is not a "bitter miner" but somebody who has experienced bitcoin's exponential difficulty First Hand. Honestly, it is unbelievable.
I genuinely think that the guy that does the profitability calculator deliberately does not explain what the 'profitability decline per year' is ... because he knows it will adversely harm bitcoin and the manufacture of miners.
 Even More EDIT:


Am I sure I've got the difficulty increase thing right?

So, I've made a spreadsheet thing to see if the 0.0022 difficulty thing is right. It is.
All this table tells you is that in order to calculate 15% difficulty increase, you need to use a number LIKE 0.0022 in the 'profitability decline per year' box, and not 0.98 (which bit_by_bit calculated).
I've sanity checked my numbers against the 'profitability calculator' and they don't quite line up, but they're close enough. The difficulty is not the same either, but it's in the same region. I don't know why. Also, the months aren't exact fortnights, so they don't line up. These are details.
This proves my above workings to my satisfaction.


what is this horrible data?

It shows how much BTC your miner earns each 2 weeks (average difficulty change period). The last 2 rows (calc:) are from the profitability calculator website (and so are right). My attempt is on the left. Fortnight 13 is 6 months.
Oh, this graph uses 14.07% difficulty.
2 bold numbers. 1 is approximately the 3.75 coins that gives you $1900 / coin whatever. 2 is the "profitability decline per year" as a tiny number. The pro tool comes up with 0.01095125 and I got 0.02257 but I don't care - it's close enough.
My whole point is that these numbers are totally unworkably all over the place. You can't calculate them meaningfully.

I CANNOT BELIEVE the amount of effort that I have had to go to in order to show you that you made a minor mistake. (at time of writing you still deny it).
There is no doubt in my mind now that I was right in the first place. Your calculations do not include a significant difficulty increase.
I wish you well.

I was looking at the Cointerra Terraminer II tonight, wondering if I should even bother hopping on the campaign trail re: my wife letting me burn $3,499 on another miner...so I decided to chart out the return on investment using a calculator I found here:
https://docs.google.com/spreadsheet/ccc?key=0AmXn4BnLUgYsdEF0TUtWUWtUaUUzR1F2aUhEWW9lN2c#gid=0
I left all of the default values in place, only changing the estimated BTC value (which was set by default to $250 USD) to form a conservative + best-case scenario.
This is what I came up with --
http://i.imgur.com/CUOweRQ.jpg
http://i.imgur.com/vzTj05k.jpg
These numbers assume I am getting free electricity at the office, where I currently mine with a 30 GH little single, ordered in October of 2012 and delivered some time in August, 2013.
Unless my numbers are way off (and who knows, really..), the best-case scenario isn't very attractive. I'd sooner drop $3,499 on buying Bitcoin itself -- it would seem like this was more of a sure thing given how time-sensitive delivery time can be. In the best-case scenario, if delivery were to slip by just one month to mid-February, I might not break even by the end of 2014.
This is my best shot at analyzing this sort of purchase -- am I close?