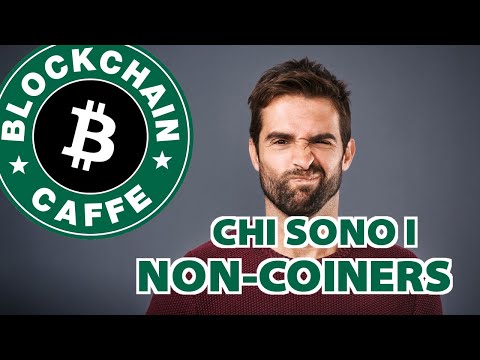 A Look at DCG & Bitfury's Incestuous Ties With the U.S. Government

Board of Digital Currency Group
Glenn Hutchins
Advisory Board
Larry Summers
DCG of course is an investor in both Blockstream and BTCC.
DCG's money comes from:
DCG also owns Coindesk.
BTCC and Bitfury are the only two large mining pools who are outspoken in their support of Bitcoin Core.
 The Bitfury Group Leadership to Present at Clinton Global Initiative (https://archive.is/MWKee)
Full Video (Begins at 32:00)
“The Bitfury Group is proud to be the world’s leading full service Blockchain technology company, we are deeply honored to represent this innovation to an audience of extremely dedicated game-changers, and we look forward to highlighting our company’s groundbreaking ‘Blockchain for global good’ work at such an important event, said Smith. “From the White House to the Blockchain, I know this technology has the power to deliver inclusion and opportunity to millions, if not billions, of people around the world and I am so grateful to work for a company focused on such a principled vision.”
 Bitfury Lightning Implementation
Chairman: Avinash Vashistha
CEO: Chaman Baid
CSO: Nandan Setlur
 BitFury Enhances Its Advisory Board by Adding Former CFTC Chairman Dr. James Newsome and Renowned Global Thought Leader and President of the Institute for Liberty and Democracy Hernando de Soto (Businesswire)
 Bitfury Board of Directors
Robert R Dykes
The other board members include two Bitfury founders, and an investor.
Bitfury Advisory Board
James Newsome
Hernando de Soto
Tomicah Tilleman
Jamie Smith
Jason Weinstein
Paul Brody (no longer appears on site, and his LinkedIn has no mention of Bitfury, but he is mentioned in a Press Release
 New America Foundation
 Muskoka Group
[note: this is worthy of much more research]
 Blockchain Delegation Attends Democratic National Convention https://archive.is/k16Nu
Attendees:
Jamie Smith — The Bitfury Group & Blockchain Trust Accelerator Tomicah Tillemann— New America Foundation & Blockchain Trust Accelerator Alex Tapscott— co-author: Blockchain Revolution Brian Forde — MIT, Digital Currency Initiative
 Brian Forde
Alex Tapscott
 World Economic Forum
 Bitfury Washington DC Office
Washington DC Office 600 Pennsylvania Avenue Suite 300 Washington, D.C. 20003
http://bitfury.com/contacts https://archive.is/ugvII
 Bitfury Chosen for Ernst & Young Blockchain Startup Challenge
 Deloitte Unveils Plan to Build Blockchain-Based Digital Bank http://www.consultancy.uk/news/12237/deloitte-unveils-plan-to-build-blockchain-based-digital-bank https://archive.is/UJ8Q5

This has probably been discussed before, but I don't see how Bitcoin can be a safe method of storing wealth, given our current situation where the NSA observes EVERYTHING. Not just that, the NSA has installed backdoors in nearly all of our hardware. Both Intel and AMD processors likely have hardware backdoors for the NSA.
Back in 2010, the NSA broke a variety of cryptographic standards. In addition, we know that the NSA has lobbied organizations to implement weak cryptographic standards. Furthermore, we know that the NSA has pushed for flawed random number generators. Weak random number generators have previously led to the theft of large numbers of Bitcoin on mobile devices.
Bitcoin completely relies on the integrity of the SHA-256 algorithm, which was developed by the SAME NSA that intentionally pushes flawed cryptographic standards. Bruce Schneier no longer trusts the NSA's elliptic curve cryptography standard, as he believes they may have intentionally chosen a weak elliptic curve that the NSA can use. The numbers used are supposed to be random to make it unlikely that anyone could exploit a weak curve, but the NSA provided different numbers, that are non-random.
Vitalik Buterin argues that we can expect Bitcoin not to use a weak curve, as the numbers used in Bitcoin are fairly simple to calculate, whereas arbitrary numbers would create the possibility of Satoshi using an intentionally weak curve.
However, it seems to me that we can argue the exact opposite as well. For p, Bitcoin uses 115792089237316195423570985008687907853269984665640564039457584007908834671663, which is arrived at by calculating 2256 – 232 – 977 and seems fairly arbitrary to me as well.
Perhaps the main cause of my worries is the fact that the NSA in 1996 created a document outlining how to make a digital currency based on cryptography. Thus we know that the NSA has been studying the possibility of cryptocurrencies for a long period. Considering how the NSA manages to keep control over cryptography by releasing weak standards itself, is it possible that the NSA attempts to do the same with cryptocurrency?
Finally, I'm very worried about who this anonymous hacker who calls himself Satoshi Nakamoto might be. The Bitcoin source code contained different incomplete ideas that were never implemented, such as a decentralized marketplace (this is from memory, can't find the link). It all seems very ambitious to be the product of a single individual.
What is most worrying about Satoshi Nakamoto however is what is found in the blockchain. There's a non-random distribution of nonces in the early blockchain. What this means is that Satoshi Nakamoto was mining Bitcoin with a mining rig that was completely different from what everyone else was using back then.
It seems that he used 58 different computers, all with a different ID and all programmed to use different nonces to avoid checking the same possible solution multiple times, and at some point some of the computers broke down and were not put back up. This is not a genius amateur, but rather, someone with access to a lot of equipment. What makes all of this worse, is the fact that most of these blocks appear never to have moved. In other words, whatever entity mined these blocks probably still has control over them and doesn't seem to be motivated by personal gain. Rather, their control over about 1 million Bitcoin seems to have created a kind of "deathswitch", that allows them to crash the market at will.
Finally, Nakamoto's behavior is strange. As noted by others, his timezone seems to indicate he lived on the West Coast, yet his language uses British spelling. Furthermore, he took up to two weeks to respond to comments, indicating that anything he said seemed to require approval from higher ups, or agreement among multiple persons.
In conclusion, there is nothing here that indicates to me that we are dealing with a project designed by a regular Joe. Instead, we seem to be sitting on a ticking time bomb, a ten billion dollar experiment that could be deflated at will and cause economic chaos in the process.

It will be interesting to see how the next couple of months play out. Whatever happens, there are a couple of positive sides to the situation.
For one, we will see if it is possible to change the rules of the Bitcoin network even against considerable resistance.
The Japanese Constitution has never been amended. But it is very clear what is necessary to amend it. Article 96 of the Constitution states the requirements.
The Bitcoin network has never been challenged by an internal faction in the way it is now. In contrast to the Japanese Constitution, it is not very clear what is needed to push through the block size extension the Bitcoin Unlimited camp wants.
So if they succeed in their attempt, we will have a reference case what is needed to change the protocol against substantial resistance. If they fail, we will have a reference case as well, showing that the failed level of support was not enough.
This civil war will also be an interesting case to study when preparing for war with outside attackers. There has been speculation about "51%-attacks" before. But as far as I know, no one has ever actually pulled off a 51%-attack against the Bitcoin network.
In the course of this civil war, that may change. I hear that Peter Rizun, one of the supporters of Bitcoin Unlimited, is advocating for using hash power to shut down the original Bitcoin chain after a fork, mining empty blocks on that chain.
If that happens, that would be an excellent test case. A highly motivated, well-funded adversary trying to shut down the Bitcoin blockchain has not happened yet in real life.
If such an attack happens, and the Bitcoin blockchain survives it one way or another, that would be real-life proof of its resiliency.
Since all of the value of the Bitcoin blockchain comes from this resiliency against attack and the trust created, surviving such a test would be proof of its value. An eight year track record of unbroken service is valuable, but extending it defeating serious attacks shows even more value.
All cryptography has value only as far as people actually try to break it and fail (Schneier's law). It follows that attacks on the Bitcoin network like the one Rizun wants to happen are a good thing.
We also may get a short-term increase in block space (if the Bitcoin Unlimited faction wins the civil war).
Again, interesting times for the Bitcoin network.

Among the commonly used password hashes, PBKDF2-HMAC-SHA-256 is closest to bitcoin mining. But I suspect mining ASICs are too specialized to attack it. $\endgroup$ – CodesInChaos Nov 22 '13 at 16:09. 1 $\begingroup$ Even though the ASIC devices for mining could be converted into efficient cryptanalysis devices, the most calculations on cost of cryptanalysis already assume that the most ... Wer auf Kryptowährungen vertraut, straft den Bitcoin-Erfinder damit sogleich Lügen – erklärt Sicherheitsexperte Bruce Schneier in seiner Keynote zum Hyperledger Global Forum 2018. Schneier verwies eine oft kolportierte Aussage zur Blockchain ins Reich der Mythen und hinterfragte den Mehrwert von Kryptowährungen. [ad_1] Harvard professor criticizes the cryptocurrency as being totally meaningless. BTC/USD is under pressure amid profit-taking. Bitcoin is hovering around $3,600 handle, down 1.5% since the start of the day. The first digital asset retraced from the recent high of $3,707 late on Friday as speculative traders have been taking profits after a strong rally. … Bruce Schneier: The promise of security offered by Blockchain is false Feb 08, 2019. Through an opinion piece published Wednesday by the online magazine Wired, Bruce Schneier has raised criticism of the promise of new trust structures based on blockchain technology. According to Schneier, in blockchain systems trust is displaced, especially in institutions and social conventions. According to ... Bruce Schneier; Wired; February 6, 2019 ; In his 2008 white paper that first proposed bitcoin, the anonymous Satoshi Nakamoto concluded with: “We have proposed a system for electronic transactions without relying on trust.” He was referring to blockchain, the system behind bitcoin cryptocurrency. The circumvention of trust is a great promise, but it’s just not true. Yes, bitcoin ...